Surfing is about to make its world debut on the Olympic stage - thanks to the dedicated campaigning of the International Surfing Association.

The ISA has lobbied the International Olympic Committee for more than 50 years to make surfing an Olympic sport and its dedication has finally paid off, as surfers prepare to infuse the Tokyo summer games with high-performance action and energy for the first time.

It's more than a century since the man known as the Hawaiian father of surfing, Duke Kahanamoku, first spoke of his dream to make surfing an Olympic sport. In summer 2021, his dream will finally become a reality. 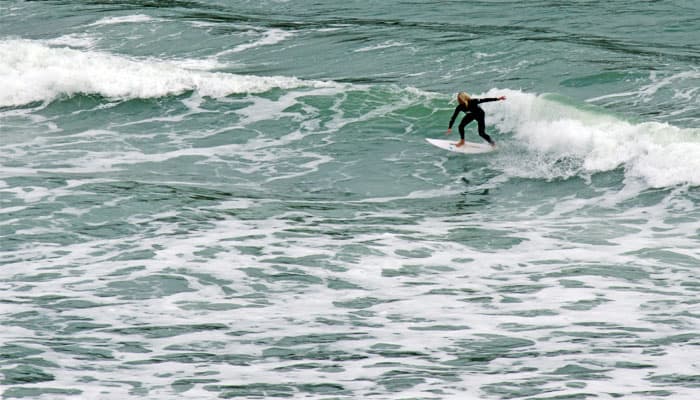 The International Surfing Association was set up as the world governing body of surfing in 1964. Based at headquarters in San Diego, California, it has organised consistently successful world championships ever since.

It has created a system where surfers represent their country as part of their national federation, rather than competing as individuals, wearing the colours of their country and doing it for honour. That is what has given the ISA the platform to become what it is today.

It has structured surfing into various disciplines, including standup paddle racing and surfing, shortboard, longboard and bodyboarding, wakesurfing, bodysurfing and all other wave-riding activities, on all types of waves and also on flat water, using wave-riding equipment.

Fernando Aguerre, the ISA president since 1994, has been surfing's main figure for championing the sport on to the Olympic stage, presiding over the world of surfing politics and competitions. He is heralded as the man responsible for persuading the IOC to finally make it an Olympic sport.

Back in 1912, legendary surfer Duke Kahanamoku won an Olympic gold medal for swimming in the 100-metre freestyle, representing the United States at the Stockholm Games. Standing on top of the podium to receive his medal, the Duke expressed a dream that his beloved surfing could one day become an Olympic sport.

It was thanks to the IOC recognising the ISA as the world governing body of surfing that finally led to its inclusion in the Games. Aguerre lobbied the IOC tirelessly, determined to spread the joy of surfing around the globe.

In August 2016, it was announced surfing would make its debut at the Toyko Olympic Games, which were due to start in July 2020, but were postponed until 23rd July 2021 due to the global Covid-19 pandemic.

Since 1964, the ISA has campaigned to create a better world through surfing, crowning world champions in all surfing disciplines and developing the sport globally at a grassroots level.

It also awards scholarships to more than 300 boys and girls, creating a proper development pathway to instructor certification courses. Making the sport more accessible to surfers with physical challenges, it spreads surfing to all continents of the globe through the 108 member nations.

All disciplines recognised by the ISA will be represented at Tokyo, where the competition will hot up in the ocean. No two waves are the same and the condition of the waves, combined with the strength and direction of the wind and the ebb and flow of the tide, will influence how the surfers will perform.

This will make surfing a competition where the surfers not only compete against each other, it will also balance the changing conditions of the natural elements.

The format will progress through the initial and main rounds to eventually lead to the medal matches. With four and five-person heats in the initial rounds, the main rounds will have two-person heats. The winner will advance to the next round and the loser will be eliminated.

The length of each heat will be 30 minutes and a panel of five expert judges will score each ride based on pre-determined judging criteria including the surfers' commitment, the degree of difficulty, progressive and innovative manoeuvres, combinations and variety of major manoeuvres, speed, flow and power.

On the crest of a wave

When only the best will do, Ocean Magic's handcrafted surfboards are made for every level of surfing ability – we put more than 40 years’ experience into uncompromising quality and innovation in every board.