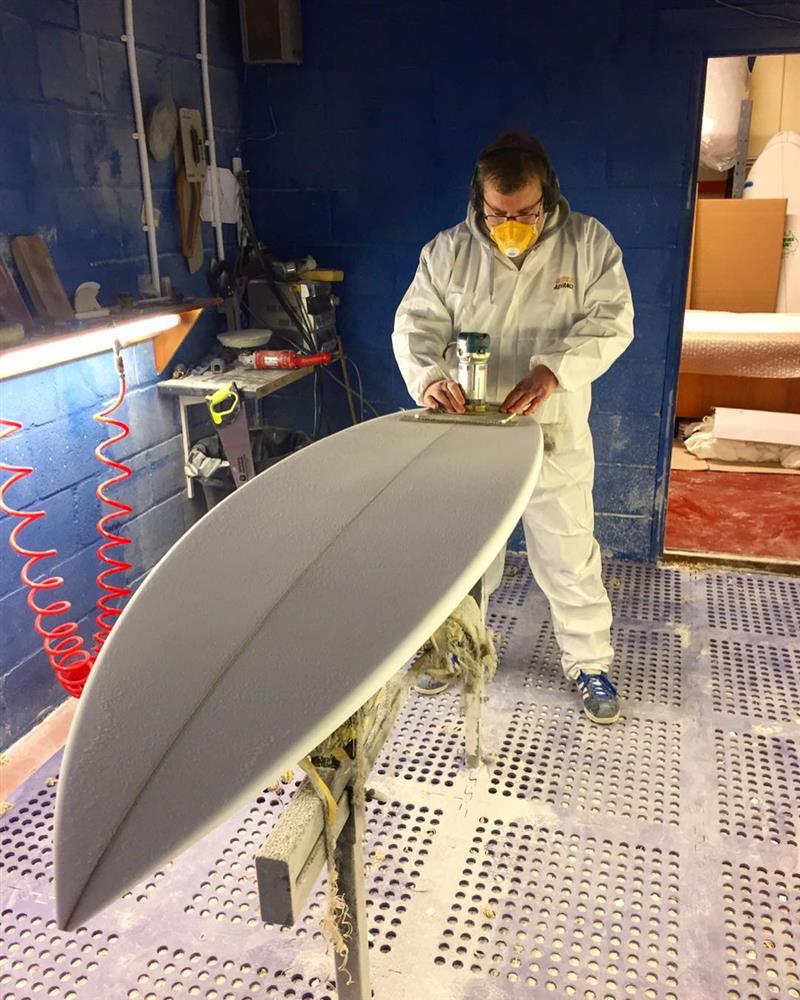 We’ve been shaping surfboards since 1973 - we’re the longest running surfboard factory in
the UK.

It began when Cornish surfer Nigel Semmens (18-year old English Junior Champion at the time), took a surf trip to Hawaii. After realising, his board didn’t cut the mustard competitively, Nigel learnt how to shape at the Ocean Magic factory under the guidance of Pete McAllum. His skills flourished and he quickly became a competent and well respected shaper.

After 2 years, Nigel took over the factory and developed his own NS Surfboards brand, producing progressive, high performance shapes. He’s since worked with some of the world’s top surfboard shapers.

Nigel’s competitive career also went from strength to strength. After clinching the British Champion title in 1979, he became the UK’s most successful surfer in the 80’s by winning the European Championships in 1981. Nigel entered the world stage in 1982 with a 7th place win at the World Amateur Championships, and became English Masters Champion in 1993.

Nigel still surfs today and continues to produce world class surfboards. Along with his loyal team, some of who have worked at Ocean Magic for 20 years, he pours his expertise, experience and passion for surfing into every board he shapes.

Honest, down to earth, friendly and approachable, Nigel works with you to get you on the right board. Whether you’re a beginner moving on from a foamie or you’ve been shredding for years, his approach is guaranteed to put the fun back into your surfing and help push your own boundaries.